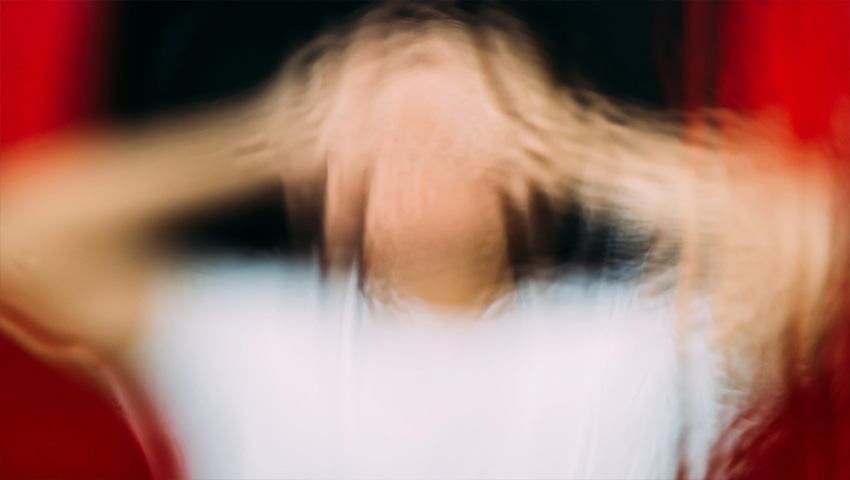 A phobia is a marked or excessive fear reaction with an irrational foundation, often accompanied by a deep sense of dread or panic when the person is confronted with the source of their fear. The fear can be of a certain place, situation, or object. Unlike other anxiety disorders, the key feature of a phobia is that it's deeply connected with something specific. Such fears can have a limited impact if the source is avoidable, but when the object or situation is commonplace they can interfere with work, school, or even personal relationships to a drastic degree.

A variety of factors can cause phobias. For example, research has shown that who have a close relative with an anxiety disorder are at greater risk of developing a phobia. Traumatic events have also been noted as a frequent trigger for the onset of a phobia. People with health concerns often develop phobias, as well as a high incidence of people developing phobias after traumatic brain injuries. Substance abuse and depression are also associated with a higher incidence of phobia.

CBT (Cognitive Behavioural Therapy) is the most commonly recommended treatment for phobias and usually involves carefully graded exposures to the source of the fear in a controlled setting, with the goal of gradually deconditioning the individual to the source. Other forms of therapy can also be helpful, with the view to exploring possible roots of the fear in key traumatic events in the person's life. 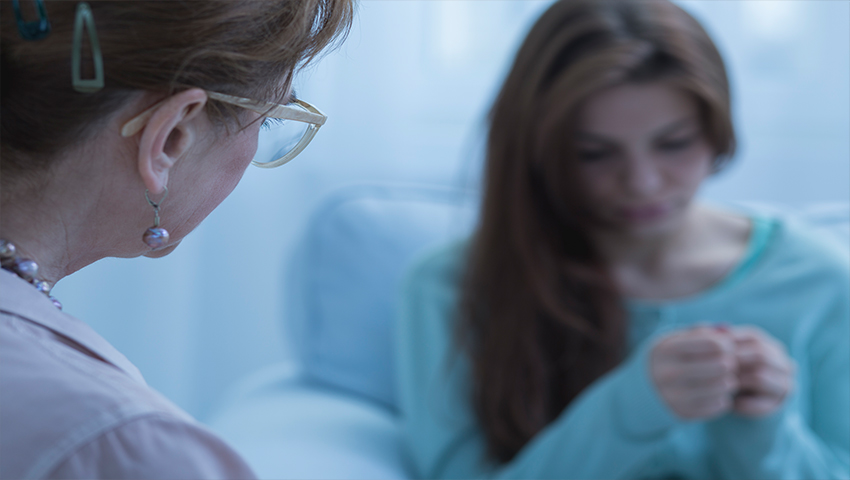 Its that part of us that, when it is low, leaves us feeling depressed, hopeless and causes us to view the world and our lives in a negative way. When our self-esteem is high, we feel that the world is a good place full of opportunities, we feel optimistic and powerful.

All sorts of things can cause low self-esteem anything from losing a job to being bereaved. It may be that the latest blow we experience is one too many or the last straw. We may be vulnerable because of things that have happened to us as a child or our physical health may not be good. A blow to our self-esteem can occur when we feel like we have little power in situations such as, starting a new job, being part of a dysfunctional relationship or leaving home for the first time. 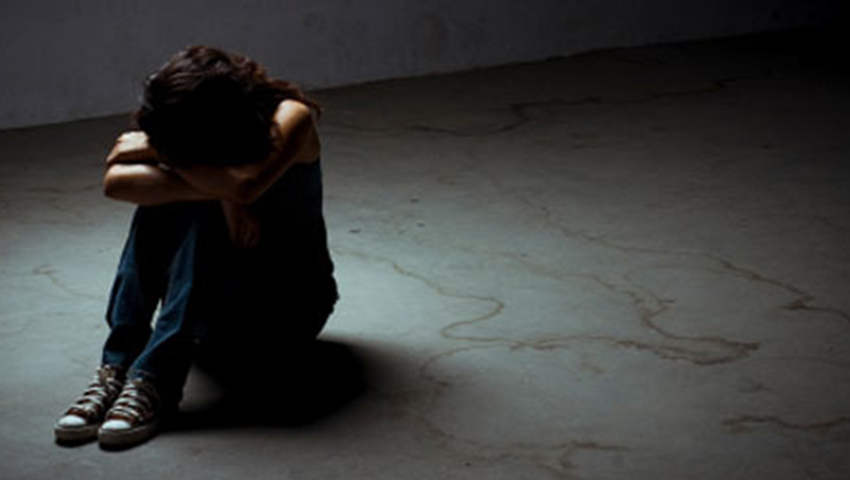 For many when faced with distressing or stressful life experiences they tend to neglect themselves, perhaps smoking or drinking too much, driving too fast, spending excessively, engaging in unsafe sex, all as ways of numbing or avoiding difficult feelings. For others however the depth and intensity of their pain is such that these ways aren’t enough and they feel direct injury to themselves is the only way to cope.

Self harm can cover a multitude of behaviours. Most common is scratching or cutting the skin, usually the arms or legs, but other parts of the body too. Some burn or scald themselves, pick at their skin, pull their hair out, violently hit themselves against things. These forms of behaviour, which clearly cause pain or harm to the body, can be ways of coping with deep emotional pain, a way of taking control, managing something overwhelming. These acts can be a means of putting an internal pain on the ‘outside’, a tangible way of showing your suffering to the world, a cry for help; not attention for the sake of it but a desperate attempt to show others that something is seriously wrong. For some it can be a way of restoring a feeling of reality, a way of making yourself feel real or ‘connected’ top your body. For others it may serve the purpose of punishing the self, relieving feelings of shame or guilt. These feelings are sometimes linked to abuse, whether emotional, physical or sexual. More broadly these behaviours are often indicators of an underlying depression, low self esteem or poor physical self image.

Self harming behaviour is not necessarily an indicator of severe mental illness but instead a way of trying to cope with pain, and the only way possible. Just because a person self injures this does not make them a danger to others. Their hurt and anger is primarily directed against themselves. Also it is not generally a sign of suicidal intent; these actions aren’t about ending one’s life just a way of coping with it.

Some self help advice

You might begin to make sense of your behaviour by considering:

Having identified these you can work towards other ways of responding to your internal distress that is less damaging in the longer term. Along with seeking professional help with the underlying issues, the following suggestions can begin to initiate small steps towards alternative, more productive, self-help behaviours: 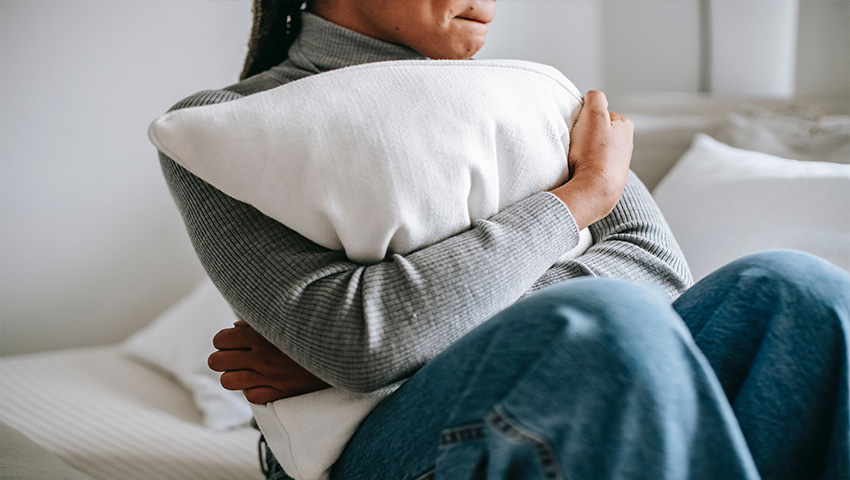 Grieving is the natural process we go through in response to loss of many kinds e.g. death, permanent injury, losing a job, relationship breakdown, or any variety of life change. When we are in the midst of grief we feel it will never end, that we might always feel as we do now and may even see it hard to imagine any future happiness. The loss of someone significant, through death, though sometimes through separation, can be one of the hardest things to experience in our life. Other losses such as loss of a job, loss of good health, or major life changes such as retirement, can cause the same symptoms of grief.

Grief takes time to work through. There are no hard and fast guidelines. It takes as long as it takes, but as a general rule it will take longer than you expect. Try not to get over it ‘too quickly’ nor adopt a ‘stiff upper lip’ attitude. Grief is inevitable, normal, and an entirely human response. We may not grieve much immediately, but weeks, maybe months later we start to feel upset and painfully aware of our loss. Everyone’s experience of loss is entirely individual. No one can tell you how you will or should feel. Even people in the same family may grieve in different ways. Some may wish to celebrate the life to the deceased; others show their tragedy and sorrow in a more visible way. Some are quiet and low key, others may wish to talk of their loss at length. 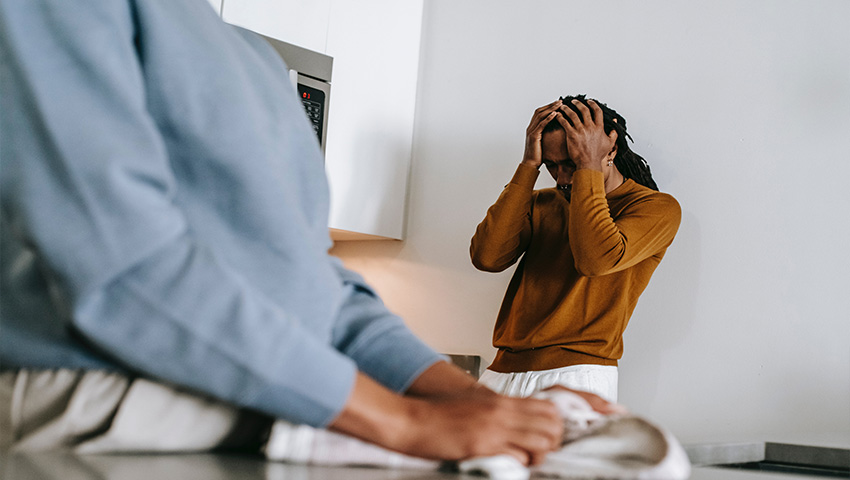 Anger is a normal and natural reaction to feeling threatened, violated or receiving unjust treatment. In itself it is neither good nor bad; but it can be frightening. It can go from feelings of mild irritation to seeing a red mist in front of your eyes and feeling an uncontrollable rage. Anger is an emotion that many people suppress, this can be as harmful as experiencing uncontrolled rage. Suppressed anger can have many physical and emotional symptoms such as poor digestion, high blood pressure, depression and addictions.

Angry feelings can lead to destructive and violent behaviour and so we tend to be frightened of it in others and in ourselves. The way we are brought up plays an important part in how we express our anger. We may come from a family where we were not able to show feelings of anger, or one where we may have witnessed destructive and violent outburst, which cause us to fear anger.

Ways to manage your anger

Learn ways to be more assertive. Being assertive means you are clearer in your communications and are more likely to have your needs understood and met

Examine your past patterns of behaviour and history around anger. See if you can begin to rectify any of the unhealthy ways of expressing anger you may have adopted

Acknowledge old angers from the past, especially from your childhood. Perhaps you could begin to change your attitude to what has happened to you

If anger causes you to want to lash out, then learn to walk away from situations and explain that you are too angry to talk at the moment